journalist Raffaella Fanelli, who was acquitted of aggravated defamation by the investigating magistrate, I relied on the principle of the renewed historical interest of the news, especially when facts go beyond the mere news item. This was recently reaffirmed by the European Court of Human Rights in the case of Fuchsmann vs Germany (Application No. 71233/17) of 19 October 2017.

The European Court reiterated a principle that is well-established in the Court’s case-law that is increasingly inspired by raising standards on freedom of expression. In fact, the Court takes the view that the right to inform prevails over the protetion of reputation, when the subject of the news, despite the passage of time, retains not only a public, but also a historical relevance, and the story told is appropriate to “renew the public debate on certain topics”.

They European Court basically says that freedom of information prevails over the right to reputation and privacy, in all cases when news, stories and characters which have gone beyond mere daily news interest are at stake. Exactly what happened in the case of Raffaella Fanelli.

Mr. Andrea Di Pietro is a lawyer and the coordinator of Ossigeno’s legal assistance: for more information see here. 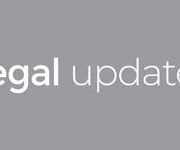 Rome. 2 far-right leaders sentenced to 5 years for the robbery to 2 reporters at a rally

May 10th Di Pietro: the law regarding imprisonment is being examined by the Court 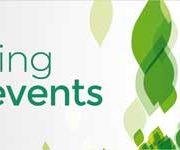 Defamation bill. The maxi-fines proposed by Senate are more punishing than prison

Ossigeno celebrates Impunity Day with UNESCO on 22 October in Rome

Italy. Imprisonment for libel. Something is changing
0 replies

Want to join the discussion?
Feel free to contribute!

This site uses Akismet to reduce spam. Learn how your comment data is processed.

What should Europe do when 2 journalists are killed in 4 months? Scroll to top